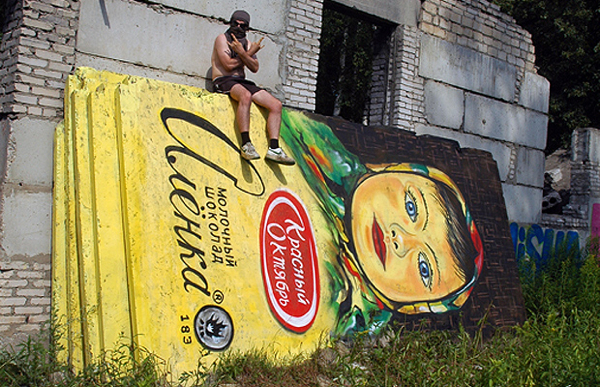 183Art, 28-year old Russian artist Pavel Pukhov, leaves an ever growing collection of  eye-catching guerilla art around Moscow. Last week the Guardian dubbed him the Russian Banksy. Now Pukhov responded in the Russian edition of the Interview Magazine  stating “I am not the Russian Banksy, you could call Putin like that!” Pukhov suggests that the biggest Russian street art project right now is the protesting people in the streets after Putins vote rigging at last year’s parliamentary election. The Russian Presidential elections are held next month. Stay updated on www.183art.ru and watch the making-of movies on Pavel’s Youtube channel.

The History Of The Two-Party Presidential Vote Mapped

Driving a Car in Russia

The Presidents’ Guide to Science